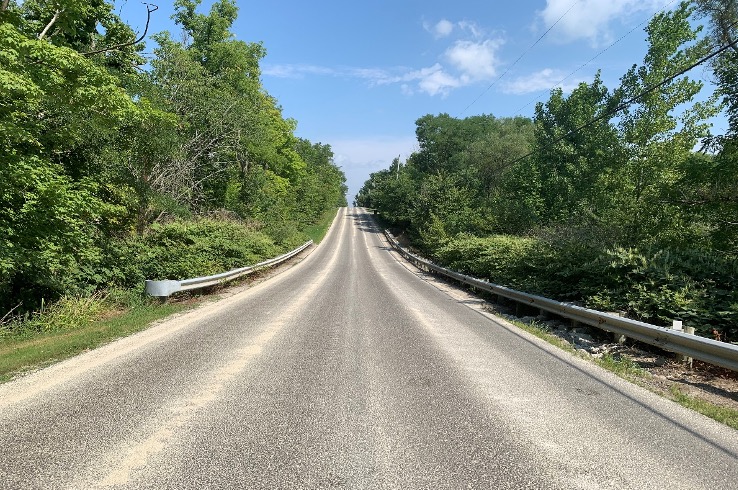 CCAP or Cold Constructed Asphalt Pavement is a blend of gelled asphalt and additives that is mixed with pre-approved aggregate through a mobile mixing plant. The ability to blend different aggregate during the mixing process creates a mix for application in various thicknesses. Agencies using this material are finding that pavement costs are reduced as much as 30%.

Our recent CCAP project was in Summit County, Ohio, which encompasses Akron, the rubber capital of the world. Summit County is one of the largest urban agencies in NE Ohio, with a county engineer’s office that maintains almost 200 miles of roadways, most of which are asphalt.

Sam Ross, PE, the superintendent of streets for the county, is progressive thinking and willing to try new processes that are cost effective and best suited for his maintenance needs. Although he had used cold mix paving on his roadways with some success in the past, he was not quite satisfied with the results. Based on the product performance he had seen in some of Ohio’s rural counties, he decided to give CCAP a try.

This project was unique and challenging in certain ways. Due to lack of space at the mixing site, the contractor, Perrin Asphalt, Inc., wanted to use a stacker to stockpile CCAP. Our team, Bruce Wehr and David Neal, had some reservations about the use of a stacker, with the main concern being the mix sticking to the belt, but decided to give it a shot. Their diligence paid off and we produced almost 1500 tons of material in a little over five hours. Aside from CCAP forming an initial coating on the belt, the process went flawlessly. (A skid steer bucket was used to clean the belt and contractor power washed the stacker).

The project site, Medina Line Road, is hilly, approximately 2000 ADT’s, and goes through one of the most affluent suburbs in Summit County. The roadway was one and a half miles long, a 20-year-old pavement that had moderate cracking and required some partial repair. CCAP was applied 2 inches thick as an intermediate course. The contractor had paved with cold mixes before but was surprised by the ease with which CCAP went through his paver as well as the application speed.

“Flows like hot mix, unlike any cold mix that we have used in the past”, commented Chuck Perrin, project superintendent.

Jim Basford, roller operator, “Interesting, how the edge (outside pavement edge) doesn’t push out when I roll”.

Choke aggregate was applied using an agriculture lime spreader. Although, a chip spreader is our equipment of choice the lime spreader did an excellent job. The cleated tire marks were rolled out.

Sam Ross, PE., “I am impressed with the ride and smoothness of the surface. This is something we will use more of based on overall performance”.

Tim Perrin, Pres., Perrin Asphalt, “I like the flexibility of having a longer paving window and convenience of having a CCAP stockpile to meet the paving needs of our private and commercial customers”.

Bucky Brooks, AMI, “I have been involved with the application of CCAP for thirty years and have grown to trust its capabilities as an asphalt overlay in many different traffic situations and not just as an application to use on rural roads. CCAP offers a thicker film coating of gelled asphalt that allows increased volumes of both passenger vehicles and trucks. The project in Summit County offered an additional challenge of paving CCAP on a significant incline which demanded some variation in the typical rolling pattern but was installed successfully”. 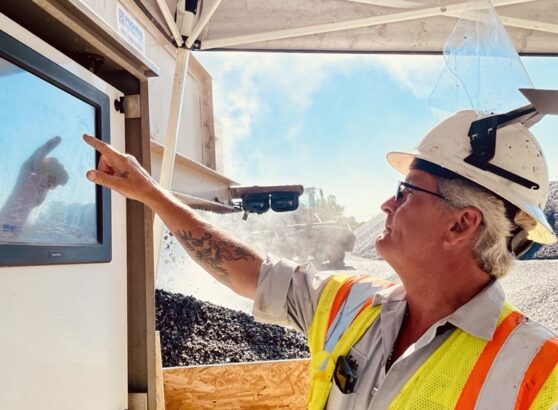 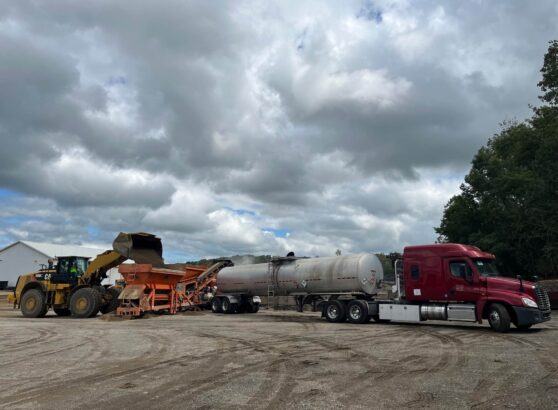 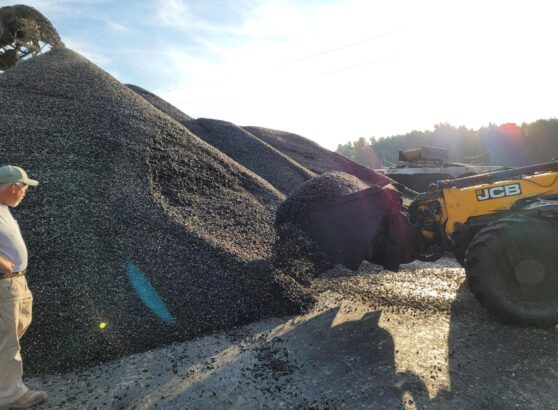